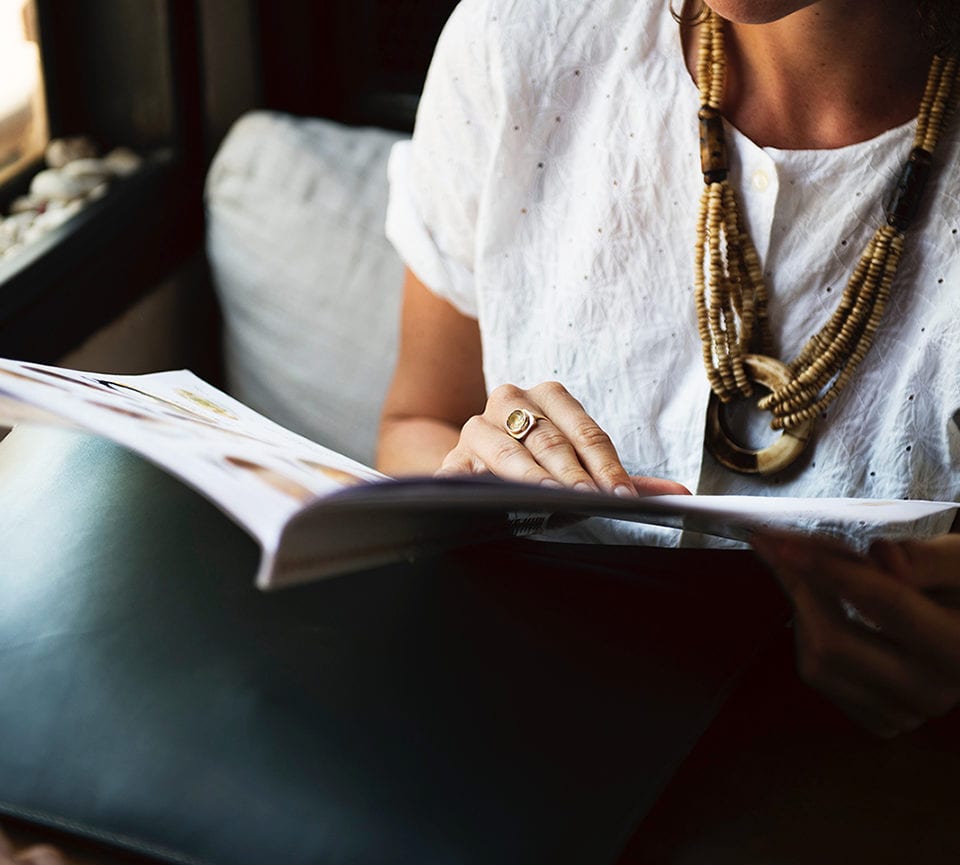 Newspapers and magazine remain among the most trusted sources of information.

In The Wake of Fake News, Consumers Trust Magazines — And Their Ads

In today’s ever-evolving (or devolving, depending on your stance) media environment, with sophisticated publishing technology available to anyone with an internet connection, it is becoming harder to determine what is real or fake news. As in any time of uncertainty, people tend to place more trust in traditional sources, giving these sources a renewed role in helping people uncover the truth. Recent studies show that newspapers and magazines remain among the most trusted sources of information, as made clear in the Vividata/Kantar infographic below: 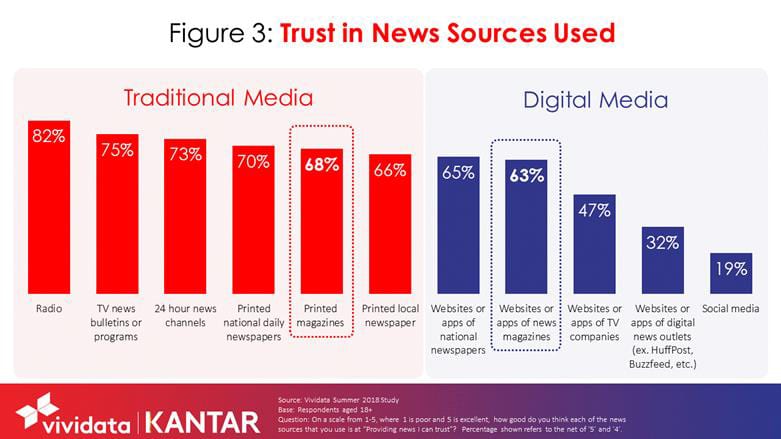 According to Vividata, a leader in Canadian cross-media and consumer research, viewership for traditional and digitized magazines and newspapers is greater than that of digital-only sources. These mid-2018 findings show that newspapers and magazines have maintained and even grown their position as a trusted source of information for Canadians. Vividata found that 80% of respondents read a recognized magazine in the past month, with 50% accessing that content through a digital device: one-quarter of magazine readers also mentioned that they spoke about advertisements from magazines with their peers.

A key reason consumers gravitate toward and trust ads in mediums like magazines and newspapers is their often long and established credibility and quality. Take for example Meredith Magazines, known for best-in-class titles like PEOPLE and InStyle. These magazines and others in the Meredith family have formed a loyal following and a connection with consumers. Through this connection, forged over time, consumers are more likely to trust the advertising surrounding the content.

The same logic applies to newspapers. When advertising in newspapers there is an inherent element of trust. You are also reaching an engaged audience whose attention is focused as they sit down to read. This moment, often accompanied by a beverage, is powerful. Newspapers like The New York Times understand that the best way to engage with their audience is through high-quality journalism and innovative advertising experiences. This leads to a rare level of engagement: with over four million paid subscribers spanning more than 200 countries, the average time spent on the Sunday New York Times is 70 minutes per issue. If a brand chooses to advertise with a paper like The New York Times, the chances of connecting with an engaged audience — one ready to trust and listen to a persuasive voice, be it in an editorial or an ad — are higher.

Engaging with a sophisticated audience and forming mutual trust is what makes the connection provided by traditional media so valuable to advertisers.  When an advertiser executes a campaign with an established publisher they gain more than just exposure and awareness among their target audience… they build trust in these times of doubt and fake news.